I have a fan who has an early Conrad Leach Canvas that he is looking to sell and was wondering if anyone is interested.
It’s the first in an edition of I believe 5 he painted of this image.  The first had red and I believe he was going to paint others with different colours.
I think it was painted early 2000’s
Its approx. 5ft by 5ft
Contact me direct from the site if interested. 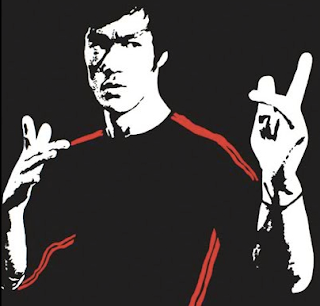 Posted by Brian Harrison at 8:41 am No comments:


Posted by Brian Harrison at 7:55 pm No comments:

Bruce Lee exhibition opens on the 40th anniversary of his death


Posted by Brian Harrison at 7:52 pm No comments:

It’s been 40 years since the death of martial artist Bruce Lee.
Lee died at the peak of his career, aged just 32, but he left a legion of fans around the world.
In Hong Kong, where he made his name, an exhibition is commemorating his life.

Marking his death 40 years ago on July 20, the Hong Kong government has teamed up with the Bruce Lee Foundation to put together an exhibition to showcase the late star's life, from his famous yellow tracksuit he wore in the movie "Game of Death," to his writings and drawings.
The exhibition that opened Saturday, "Bruce Lee: Kung fu. Art. Life," has more than 600 items on display, including photos, costumes, videos and even a 3.5-metre statue.
Lee, who was born in San Francisco but raised in Hong Kong, died at the height of his fame due to an allergic reaction to painkillers at the age of 32. His last film, "Enter The Dragon," was released six days after his death and became his most popular movie.
Shannon Lee, who was 4 when her father died, said he is still such a strong influence that many make assumptions about her.
"People immediately assume that I am some amazingly skilled and deadly martial artist," said Lee, who added she has studied martial arts but is a 44-year-old businesswomen with a 10-year old child.
Lee, who is also the president of the Bruce Lee Foundation, said not many people know the depth of her father as a man, with most only appreciating his skills in the martial arts.
"Hopefully this exhibition will help show a more complete picture," she said, by showing the family side to her father, the hard work he put into making his movies and other aspects of his life such as the poetry he wrote.
"I think a lot of people see the final product up on screen and they go, `oh, there's a talented guy,' but they don't see all the effort that went into it," she said.
Lee said working to promote her father's legacy was inspiring because she gets to see "how many lives he's touched in such a positive way, and if I can keep that going, that's meaningful."
Posted by Brian Harrison at 8:16 am No comments: