Brand New TV Series Seeks Ultimate Fans.....
Are you mad for memorabilia, collectables & iconic merchandise? Has your passion for possessions taken over your home & your life? Has your loved one been driven to distraction and do you feel like now may be the time to take stock of your hoard & refine your collection.

If this sounds like you, your partner, a member of your family or friend, then Twofour Broadcast is looking for you to take part in a brand new television series.

The property in Hong Kong where actor Bruce Lee lived for many years is to be re-developed from a seedy love hotel into a tourist destination commemorating the late kung fu legend.

The current owner, millionaire Yu Panglin, had wanted to sell the two storey house in Kowloon Tong. Now he has agreed a conservation plan with the government.

The plans will see the floor area of the property extended and it will be turned into a large museum complex with a cinema, library and martial arts centre. His popular films such as Big Boss and Fist of Fury will be shown in the cinema.

'We have had a meeting with lee's daughter and she has agreed to help us restore the mansion to its former shape,' said Michel Choi, Yu's assistant.

Lee's family has also agreed to donate some of his personal items to the museum including his movie costumes.

Under the plan the property will be donated to the government which will run it as a major tourist attraction.

'The government takes the view that the development should focus on enabling Bruce Lee fans to commemorate the achievements and understand the life of their idol through visiting the residence, and revitalising the building for long-term sustainable operation as a tourism attraction,' said Rita Lau, secretary for commerce and economic development.

Yu, who bought the property for 850,000 Hong Kong dollars in the 1960s, decided not to sell after fans from around the world called for the house to be preserved. It is now thought to be worth 100 million Hong Kong dollars.

After the untimely death of Bruce Lee, dozens of "Bruceploitation" films emerged to meet the demand of his fans who wanted to see something on their beloved hero. Bruce Lee clones emerged to fill the void and make some of the most intriguing and odd movies about Bruce Lee.

Bruce Lee: Dragon Immortal, a three-disc, 10-film DVD set, commemorates the 35th anniversary of the untimely death of martial arts master Bruce Lee by compiling some of the best and most interesting of those films in a single package. From the biographical "Bruce Lee's Deadly Kung Fu," where he goes up against the mafia and the animated Chinese gods to eventually come back in an cartoon form, to the "Clones of Bruce Lee," where he is revived three times, this DVD set delivers the full impact of the Dragon Immortal experience.

Read this great article from Peer in Norway. 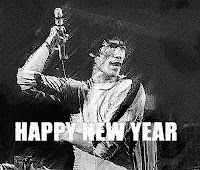